Support for container images on AWS The introduction of Lambda occurred during AWS re:Invent 2020. This was a significant new addition to the functions-as-a-service package offered by AWS. In addition to offering a pay-per-value approach, Lambda offers developers various advantages in managing scale, high availability, and fault tolerance. Lambda is now an option for a larger group of developers thanks to its support for container packaging for functions.

In this post we will be sharing how to Deploy AWS Lambda Functions As Docker Container Images. But before moving further let’s have a small glimpse on what is AWS lambda and what is Docker

What is AWS Lambda?

You may run code using AWS Lambda’s computing service without setting up or maintaining servers. Lambda executes your code on a high-availability computing infrastructure while handling all compute resource management tasks, such as server and operating system upkeep, capacity provisioning and automated scaling, and logging. You may execute code for practically any kind of application or backend service with Lambda. Simply provide your code in one of the languages supported by Lambda.

Your code is organised into Lambda functions. Lambda scalable automatically from a few requests per day to thousands per second, running your function only when necessary. When your code is not executing, there is no fee; you just pay for the computer time you use.

In 2013, an open source Docker Engine was introduced, introducing the Docker container technology. It made use of pre-existing computing ideas related to containers and, notably, Linux primitives called cgroups and namespaces.

Because it focuses on the needs of developers and systems administrators to decouple application dependencies from infrastructure, Docker’s technology is distinctive. A collaboration between Docker and Microsoft delivered Docker containers and their features to Windows Server as a result of success in the Linux community.

All significant data centre suppliers and cloud providers have made use of technology from Docker and its open source project, Moby. For their container-native IaaS solutions, several of these companies use Docker. Additionally, Docker container technology is used by the top open source serverless frameworks.

A set of quick steps to build a AWS Lambda functions (in Node.js) as a Docker Container Image, push it to ECR, and manually deploy using the lambda console. This will provide an idea of how easy it is to integrate Docker into the Lambda build process. 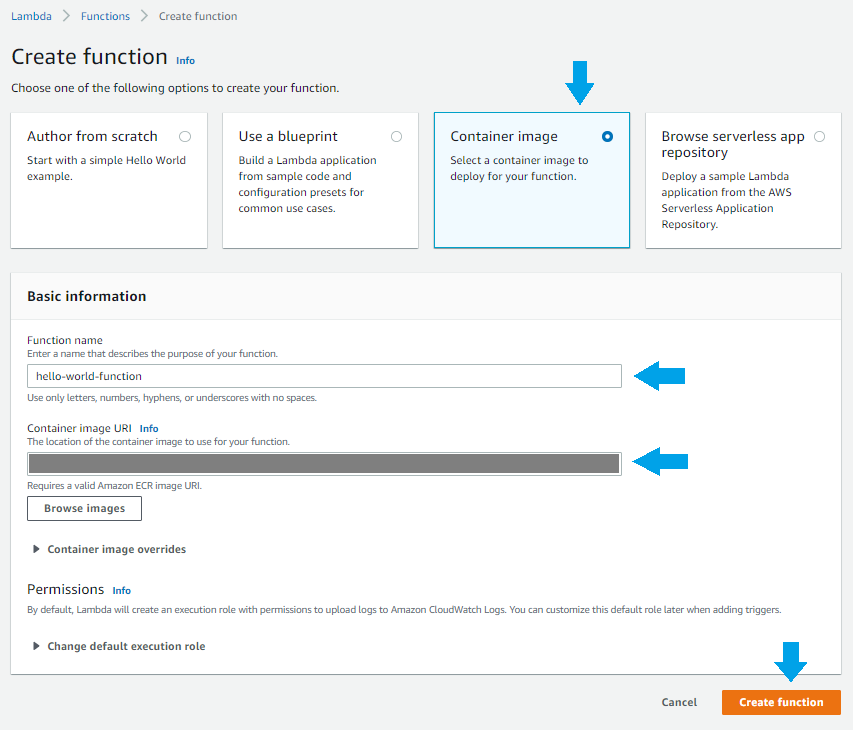 Now the function container image will get deployed and you will get a success notification.

You may enrich and edit your data so that it is prepared for analysis in addition to exporting and loading it to the destination of your choice thanks to Jaiinfoway Data’s strong integration with 100+ data sources (including 40+ free sources). Jaiinfoway additionally supports the incorporation of data from non-native sources with its integrated Webhooks Connector. After that, you may focus on your main business requirements and do insightful analysis using BI technology.